No planes in the sky, empty hotels and deserted attractions: with the world at a standstill, tourism has been one of the industries worst-hit by the Covid-19 pandemic. International arrivals this year could be down by 80% compared with 2019, according to the World Tourism Organization, and more than 100 million jobs are under threat.

But as destinations slowly start to emerge from lockdown and borders tentatively reopen, many in the sector are wondering if this is a chance for tourism to rebuild in a greener, more sustainable way.

“Of course, it’s completely devastating – but it’s also provided a much-needed chance for introspection,” said Sam Bruce of Much Better Adventures, who is a co-founder of campaigning group Tourism Declares a Climate Emergency. “Things needed to change. It’s an opportunity for everyone from tourist boards to tour operators to reset and to look at how things can be better – for the planet, for local communities and for travellers.”

In Venice – one of the most overtouristed cities, with an estimated 25 million foreign visitors a year – officials are using the pause to rethink “an entire Venice system”, with sustainability and quality tourism at its core, said Paola Mar, the city’s councillor for tourism. Part of the plan is to lure locals back to live permanently in the city. The mayor is in discussions with universities, aiming to offer tourist rentals to students, and old buildings are being restored for social housing. Measures to control visitor numbers – including a tax on day trippers, which was due to be introduced in July – will go ahead next year, while the debate around cruise ships continues.

“Our goal is to trigger a renaissance of the city,” said Mar. “We want to attract visitors for longer stays and encourage a ‘slower’ type of tourism. Things can’t go back to how they were.” 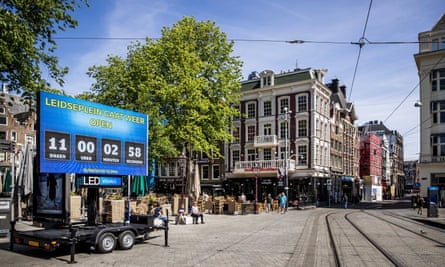 City authorities in Amsterdam – which was struggling to cope with an estimated 18.3 million overnight tourist stays in 2019 – are also quietly hopeful that the pandemic will be a catalyst for change. Last week the mayor urged extreme caution in reopening to tourists, while nonprofit group Amsterdam&Partners believes the tourist hiatus pushes to the top of the agenda plans to cut numbers, give Amsterdam back to locals and attract the “right” kind of visitor, and has launched a sustainability taskforce to map the way forward.

“We are working with partners to discuss how we can restart in a more sustainable and responsible way,” said Amsterdam&Partners spokeswoman Heleen Jansen. “The main focus is that we want a sustainable visitor economy that doesn’t harm the livability of our city. If you have the right balance between living, working and visiting, you can have the right visitor economy. That’s what went wrong in the last years in the old city centre, and we have to entice locals to discover their city centre again.”

Customers will be more aware of the impact of travel on environment and communities, and make more considered choices

Meanwhile, the suddenly empty streets of Barcelona have made local businesses and the tourist board re-evaluate their priorities too. “While we couldn’t continue at the speed things were, this is showing us that no tourists is no good either – there needs to be a more moderate way,” said Mateo Asensioof the Barcelona tourist board. “Our first task is getting locals back out into the city, then the domestic market and our neighbours. When the international market returns, we’ll focus more on specific sectors. It’s an opportunity to change the rules.”

With the world’s “new normal” including social distancing, an increased fear of crowds and busy places – and the future of airlines in the balance – over-tourism may not be a pressing issue for some time.

Other changes in cities around the world include reshaping in favour of cyclists and pedestrians: Athens is accelerating plans for a car-free historic centre, Berlin is introducing 14 miles of new bike lanes, and Paris is also significantly increasing its bike lanes, to ease potential overcrowding.

Destinations likely to see the first surge in visitor numbers are remote coastal and rural areas, places seen as “safe”, said Patricia Yates, acting CEO of Visit Britain/Visit England. It will be longer before cities bounce back. 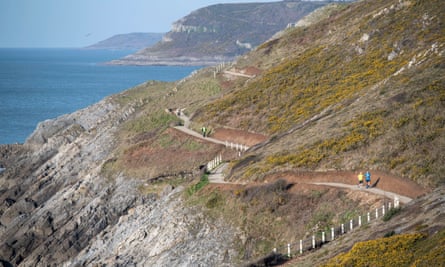 “Our weekly consumer sentiment surveys show that the domestic market is very nervous – so we will be focusing initially on reassurance,” she said. “But beyond that we will be looking at promoting areas outside the honeypots. What is needed is destination management to rebuild tourism more slowly and keep residents, visitors and businesses that depend on tourists happy – it’s quite a balancing act.”

Some of the progress made on sustainable tourism is likely to go into reverse at first, she added – with people eschewing public transport in favour of car travel and infection control measures leading to more single-use plastic.

Many tour operators, however, believe the pandemic could engender a positive change in client behaviour. Intrepid Travel CEO James Thornton said: “During this hibernation period we’ve seen the benefit to nature and the climate – fish spotted in Venice’s clearer canal water, the Himalayas visible in India – and people have had time to reflect. I think customers will be more aware of the impact of travel on the environment and the communities they visit, and make more considered choices.”

A renewed focus on slower travel, including train journeys and cycling, as well as keeping experiences as local as possible and offering more off-season departures are part of Intrepid’s post-Covid plans, with wilderness and wellness trips tipped to be of most interest. 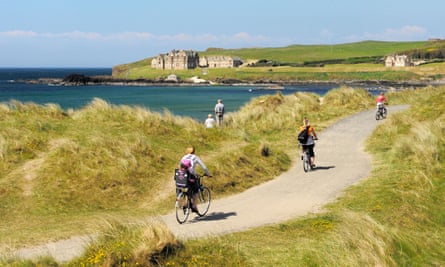 Launching new adventures in even more remote destinations to assist with economic recovery is on the agenda for Much Better Adventures when tourism opens up again. “The crisis has shown just how much communities in less-developed parts of the world rely on tourism,” said Sam Bruce. “We will look to spread tourism to areas that would genuinely benefit. But it has to be done in the right way. We risk a flood to remote places that aren’t prepared and could be taken advantage of.

“I’m hopeful that a new, slower tourism will emerge – but the recovery needs to be slow enough for the industry to make the right decisions as it rises from the ashes.”

G Adventures founder Bruce Poon Tip – who has just published Unlearn: The Year the Earth Stood Still, an e-book looking at the impact of the pandemic on tourism – believes the industry can emerge as a stronger force for good.

“People will travel again. We don’t yet know when, but we know that they will. I want to challenge everyone who travels to ‘unlearn’ what they think they know. We have the opportunity to use this reset to be more conscious about how we can improve, as individuals and as a wider travel community.”

The biggest issue in the move to a more sustainable tourist industry, though, is air travel – aviation accounted for 2% of global carbon emissions in 2019 and was one of the fastest-growing polluters. With airlines grounded, emissions from aviation declined by about 60% in early April compared with 2019, according to the journal Nature Climate Change.

With the pause likely to be temporary, campaigners from Greenpeace to Flight Free are demanding that airline bailouts come with strict conditions on their future climate impact and say Covid should be the catalyst for greening the world’s airlines.

But in a race for economic recovery, rebuilding the industry quickly could sideline climate change and aviation issues, said Justin Francis of Responsible Travel, who is calling for a “green flying duty”, with more regulation and tax revenues invested in renewable fuels. 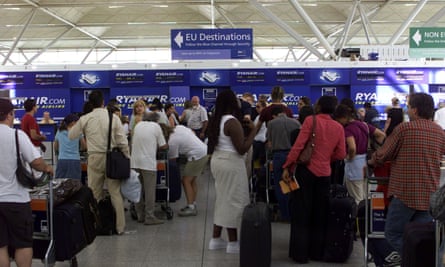 The cost of flights is likely to rise in the long term, he added. “Short term, the where and how we travel has had to change. But new, more entrenched, norms could form from that. Many people were hooked on frequent short breaks, but key to more sustainable tourism is taking far fewer flights – we may now see a return to longer, less frequent holidays, with more time spent getting to know a place, and a rise in slower forms of travel.”

Whatever happens, it’s unlikely travel will ever be the same as in pre-Covid days. An industry known for its resilience will find a new way forward, adapting to an unknown global market, but whether sustainability can be at the heart of a new model of tourism is hard to predict.

“Tourism will be smaller, and so more sustainable per se. Fewer flights means less C02, fewer guests means less waste, and there will be much more focus on localism, at least initially,” said Graham Miller, professor of sustainability in business at the University of Surrey.

“How the nature of the product changes, however, remains to be seen. There are huge vested interests to contend with – like the cruise industry in Venice and big businesses – but it feels like the moment we have been waiting for. If we are going to redesign tourism, this is about the best chance we can wish for.”

Highly Effective Trading Strategies for Novices During Times of Volatility

Inside the DRC’s safe haven for endangered primates

- March 19, 2020 0
A passenger looks at the hills of South Kivu from a boat bound for the city of Bukavu Conservation authorities have created a safe haven...

- June 15, 2020 0
The coronavirus pandemic is "just a fire drill" for what is likely to follow from the climate crisis, and the protests over racial injustice...

- March 27, 2020 0
A new national wildlife charity called Heal Rewilding is planning to buy ecologically depleted land across Britain and give it back to nature. The charity,...

Fast-growing mini-forests spring up in Europe to aid climate

- June 13, 2020 0
Tiny, dense forests are springing up around Europe as part of a movement aimed at restoring biodiversity and fighting the climate crisis. Often sited in...
All rights reserved www.thepatrioticinfowars.com