Blueprint, aged 37, the architecture and design magazine on which I cut my journalistic teeth, has announced that it will now be online only. This has prompted a certain amount of reminiscing about the glory days of print that is slightly at odds with my memories of its permanently precarious existence in a tumbledown Marylebone building shared with both future movers and shakers in the cultural world and a number of rats, and subject to occasional visits from angry creditors. In the leanest times, we put out 48-page editions: 24 of editorial, 24 of advertising. The magazine’s most recent and final issue ran to 240. The difference perhaps was the impact that could be made by those hard-won pages in the much smaller media space available. This was something that Blueprint‘s founders triumphantly did, bringing a graphic and verbal energy to the discussion of architecture and design, and a freedom from stuffiness, from which everyone now in the field continues to benefit.

I don’t know when ice-cream vans started playing the Match of the Day theme tune rather than Greensleeves, but it’s not a welcome development. What was good enough for Henry VIII should be good enough for Mr Whippy. An effect of the quiet of lockdown has been a heightened sensitivity to sound, so that those kiddy-luring chimes drill deeper into the skull than usual. And if they are designed to produce a Pavlovian desire for sweet, overpriced gunk, they also trigger, in some of us, a craving for some packaged highlights of the beautiful game. 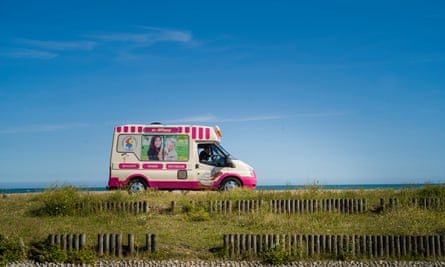 Which was tough, in the period when such things were unavailable. So I’m interested to find that there’s a government code of practice on Noise from Ice-Cream Van Chimes Etc. in England. It includes guidance on decibel levels, playing time, frequency, and an important ban on playing chimes within 50 metres of a place of worship on a Sunday or otherwise recognised day of worship. Not a word about unwarranted cruelty to football fans, though.

A Coen flick in making

Headline of the week: “Oregon man driving stolen car drives into woman driving another stolen car”. It sounds like the premise of a Coen brothers romcom. Starring Nicolas Cage, if he’s not getting too old for that kind of thing. 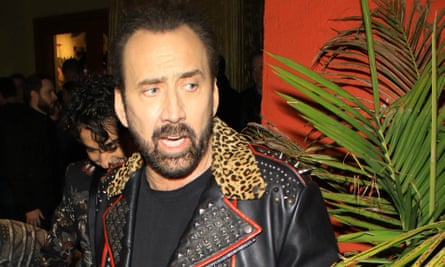 A new leaf for the RIBA?

There was a time when newspapers would turn to the president of the Royal Institute of British Architects in the belief that he (it was always a he) would have something significant to say about architecture. Not any more. As an institution, it has been assiduously cultivating its own irrelevance for decades. But it has reached new levels of ineptitude in recent years: in 2018, it sacked Elsie Owusu, the chair of its diversity group and a candidate for its presidency, who had made claims of bullying that the institute said were unfounded. They elected someone else as president, the Belfast-based architect Alan Jones, who was presumably considered a safer pair of hands, except that this year he temporarily had to step aside while a “serious incident” was investigated, involving whether he had abused his position or misused funds to further an affair that Jones himself had disclosed. His reappointment appears to show there was no such wrongdoing. RIBA’s diversity manager has also had to apologise for her tone-deaf response to the #blacklivesmatter movement.

Now its presidential election is coming round again. Whoever wins, I’d suggest that First Do No Total Idiocy wouldn’t be a bad version of the Hippocratic oath for the RIBA, going forward.

Order of the week: “Please scream inside your heart.” It is issued to riders of rollercoasters in newly reopened theme parks in Japan, who are asked to contain the spread of disease by keeping their mouths shut. It’s also useful guidance for anyone wanting to know how to respond to the events of 2020, so far.

Country diary: a hint of Britain’s military past in this old wood

- December 22, 2020 0
Old Sulehay, Northamptonshire: Partially concealed concrete floors and bricks are scattered among the autumn leavesUnder the great grey beeches at the western end of...

- December 11, 2020 0
The best of the week’s wildlife pictures from around the world, including a Sumatran tiger and rare storks Continue reading...

- May 19, 2020 0
If there is a more beautiful summer bird in Britain than the common redstart then its name escapes me. The male's back is the...

How the world’s fattest parrot came back from the brink

- March 14, 2020 0
Growing up in the north of England, Dr James Chatterton was enthralled by the books of the pioneering zookeeper and conservationist Gerald Durrell and...
All rights reserved www.thepatrioticinfowars.com