Sir David Attenborough’s soothing, matter-of-fact narrations have brought the natural world to our living rooms for nearly seven decades and counting. From Australia’s Great Barrier Reef to the jungles of central Africa, the 94-year-old broadcaster has dazzled and delighted millions with tales of life on Earth – mostly pristine and untouched, according to the images on our screens. But this autumn Attenborough has returned with a different message: nature is collapsing around us.

“We are facing a crisis. One that has consequences for us all. It threatens our ability to feed ourselves, to control our climate. It even puts us at greater risk of pandemic diseases such as Covid-19,” he warned in Extinction: The Facts on BBC One primetime, receiving five-star reviews.

Clips and graphs showing the spiralling extinction rate were shared widely on social media. Some even pledged to change their diets and live their lives in a different way. “We have to listen to him. And act,” said broadcaster Matthew Stadlen.

Wildlife storytellers have long wrestled with how to tell this uncomfortable tale while keeping audiences engaged. Less than two years ago, Attenborough himself said that repeated warnings on the subject could be a “turn-off” for viewers. The thought of a million species at risk of extinction due to human activity was deemed too much for many to bear. But last Sunday night, viewers did not reach for the off button.

“I thought the figures would just go off a cliff if I am totally frank,” Jack Bootle, the BBC’s head of science and natural history commissioning, told the Guardian.

“What actually happened, to my delight, was the opposite. Viewers rose really dramatically over the course of the hour. So by the end of the hour, it picked up an additional 0.6 million viewers, which is a lot in our book. I think that people couldn’t quite tear themselves away.” 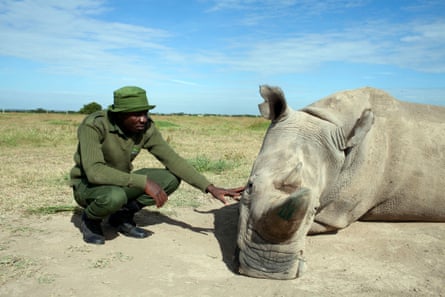 Attenborough and leading scientists told a peak audience of 4.5 million about two northern white rhinos that will be the last of their species, a disappearing orca pod off the Hebrides and pangolin trafficking. The heartbreak and the horror were a jolting departure from the mega series that celebrate the beauty of the natural world with a limited mention of environmental damage.

Later this autumn, after a short cinematic release, it will be Netflix’s turn to air a stark warning about biodiversity loss, with Attenborough presenting A Life On Our Planet. The film retraces his career, each life stage and natural history film accompanied by the drum beat of human population growth and the loss of wilderness areas. The film begins in Chernobyl – an obvious metaphor for what is to come if humanity does not act – before explaining the importance of a plant-based diet and urging viewers to rewild the planet.

So why the sudden switch to a no-holds barred approach?.

“The responsibility of being a balanced public service has now been reduced to a considerable degree,” he told the Guardian in March, as the pandemic was starting to build. “But it’s also that the problem itself has suddenly become overwhelming and worldwide.”

This week has seen a slew of reports warning that “humanity is at a crossroads” in its relationship with nature, culminating in a UN report that the world has failed to meet a single target to stop the destruction of nature in the last decade. 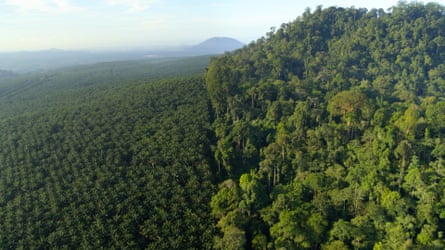 But explaining the subject matter of films about the destruction of nature and how it relates to human wellbeing is a challenge. “I don’t think that the theoretical basis for the reason why biodiversity is important is a widely understood one,” Attenborough said.

“But I think there’s a profound understanding beneath, as it were, logic that the natural world is of great importance. The biological argument about why, in fact, a complex ecosystem is more likely to survive and change and be productive than a simplified one in which the number of species has been grossly reduced.”

Julia Patricia Gordon Jones, a conservation professor at Bangor University, appeared in Extinction: The Facts and has been tracking the change in language and image use in nature films. The Madagascar expert had grown increasingly frustrated with the portrayals of an apparently untouched natural world in Attenborough documentaries over the years.

To have the personal story of his own reflection of what he’s seen, the loss, I think that’s going to be massive

Jones spent three weeks with the Our Planet team in 2015 while they were making the Netflix hit series on the western edge of the African island, filming fossas – lemur-hunting carnivores. The team’s camp was threatened by fire – a huge problem in Madagascar’s dry forests – and the habitat where they shot the footage of fossas had disappeared by the time the show appeared on Netflix.

“The footage from the Madagascar sequences was brilliant but they ended them with, ‘since we filmed this, these forests have gone up in flames’. I was, like, you spent nights getting drone footage of fires, going out early in the morning watching the fires,” she said. “The fires were burning right up to the camp there and then but none of that made the cut because they still wanted to perpetuate that people are going to switch off if they see anything sad.” 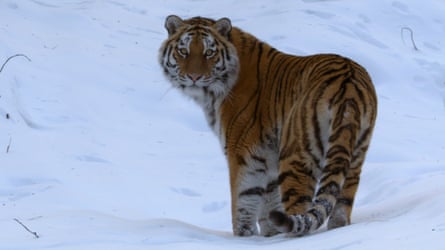 Extinction: The Facts was different, Jones wrote in a blogpost for the Conversation, a “surprisingly radical” departure from the past. She expects the Netflix film A Life On Our Planet to be the same.

“I think it’s the film that’s desperately needed,” Jones said. “We’ve all had this guy telling us about the wonders of the natural world for almost three generations, and to have the personal story of his own reflection of what he’s seen, the loss, I think that’s going to be massive.”

o David Attenborough: A Life On Our Planet will premiere in cinemas on 28 September

Do you drink bottled water? Read this | Adrienne Matei

Biden killed the Keystone Pipeline. Good, but he doesn’t get a climate pass just yet | Nick Estes

How much is an elephant worth? Meet the ecologists doing the sums

- September 4, 2020 0
Spider season is upon us. Cross spiders have strung sticky spirals of silken thread between shrubs and across the garden path, while missing-sector orb...

Blaming 2020 for our misery obscures the reasons why this year was wretched |...

- April 10, 2020 0
Scottish fishermen are turning to food banks and welfare organisations, as the coronavirus crisis has led to plummeting demand for seafood, leaving many unable...

Weather Photographer of the Year 2020 – in pictures

- October 18, 2020 0
Snow, lightning and tornados were among the natural phenomena captured in the 7,700 entries to the Royal Meteorological Society’s Weather Photographer of the Year...

The Covid-19 recovery is an opportunity for systemic change. Our future hangs in the...

- July 24, 2020 0
In September 2019, people from all walks of life stood together, waving banners and leading chants, to demand action on climate change. Across Australia,...
All rights reserved www.thepatrioticinfowars.com