The full-flowing vigour of our bramble hedge may be on the ebb, but there’s still an enormous abundance of life at play in this essential garden plant. The fruits continue to run a gamut from sour red baubles right through to yeast-softened bags of sweetness, whose overripe drupes almost collapse on contact, disintegrating to grainy purple-stained juices at the merest touch.

The whole sun-dusted hedge is thickly entwined with a million spider threads, and for good reason. Bramble is probably the most important source of pollen, nectar and then ripe-fruit sugars for more species of insect than any other common British plant. I doubt there was a single invertebrate in our summer patch that didn’t have cells partly formed from bramble carbohydrates and proteins, and while I value our garden brambles for many reasons, I love them most for this indiscriminate summer-long generosity. 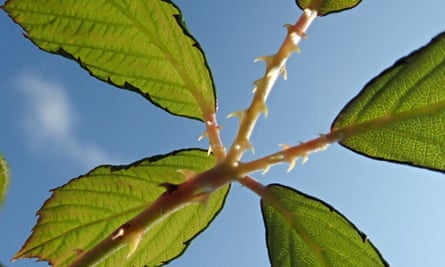 For all their falcon-clawed defences, however, brambles may well now need protection from us. In the Norfolk coastal parish of Cley-next-the-Sea at the height of lockdown a farmer cleared a 1,200m-long section of soft hedgerow dominated by brambles. At that season it would have contained all those insect riches in embryo, but it surely housed at least 120 live birds’ nests (judging from our garden’s 10m stretch, I would suggest that my figure is hugely conservative).

One friend estimates that breeding dunnocks, blackbirds, wrens, linnets, long-tailed tits and lesser and common whitethroats were all thwarted by this action. Another reminds me how this same hedge supplies crucial fuel for migrants such as blackcaps, garden and willow warblers, and later for blackbirds, fieldfares and redwings all migrating here from northern Europe. 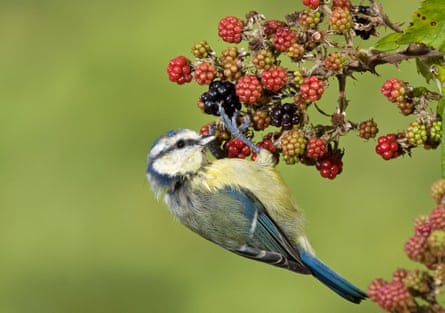 Hedgerows are often now the only wildlife-friendly parts of East Anglia’s agricultural environment, and no farmer would dream of cutting hardwood hedge species at the height of the birds’ breeding season. A Cley conservation group is now asking that the legal restrictions, which cover most hedgerow species, be extended to bramble, ivy and honeysuckle, at least for the crucial months of nesting. They argue that it is time to stop this nonsensical destruction of the most important parts of our hedgerow environment.

Shining through: Dutch artist paints farming in a new light to boost crops

Hopes, dreams and fears: the world of teenage girls through their diaries

Pollutionwatch: why has particle pollution increased under lockdown?

- April 23, 2020 0
News reports have focused on reductions in air pollution from traffic during the lockdown, but particle pollution has increased in the last few weeks. At...

- February 18, 2021 0
Health experts call for regular testing of staff and animals after coronavirus found at 400 breeding units across EuropeCoronavirus – latest updatesSee all our...

- November 2, 2020 0
Buckland in the Moor, Devon: An unpromising wheat harvest results in scruffy raw material for thatchers this year, but looks aren’t everything It began...

Why the hidden world of fungi is essential to life on Earth | Merlin...

- October 10, 2020 0
As you read these words, fungi are changing the way that life happens, as they have done for more than a billion years. They...

The NSW Nationals’ threat to blow up the Coalition over koalas is as bizarre...

- September 10, 2020 0
The New South Wales National party's decision to make koalas casualties of a political feud to threaten the successful coalition with the state Liberal...
All rights reserved www.thepatrioticinfowars.com